Every year All and Sundry try and put on a broad range of shows to capture the the interest of our members and our wider audience. From Dazzling Pantomimes to gritty drama we hope there is something for everyone 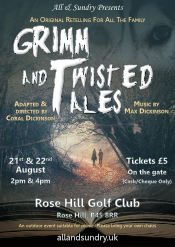 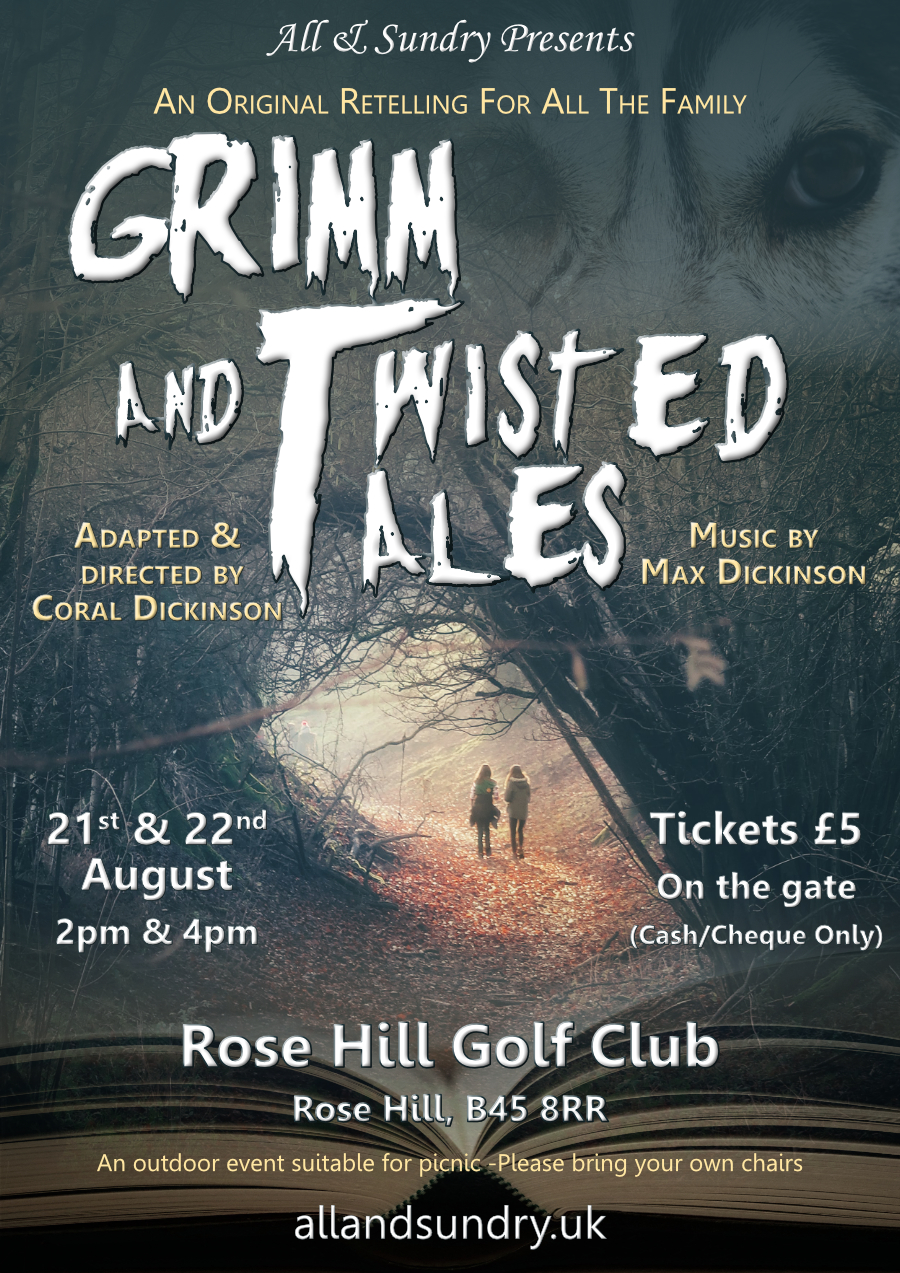 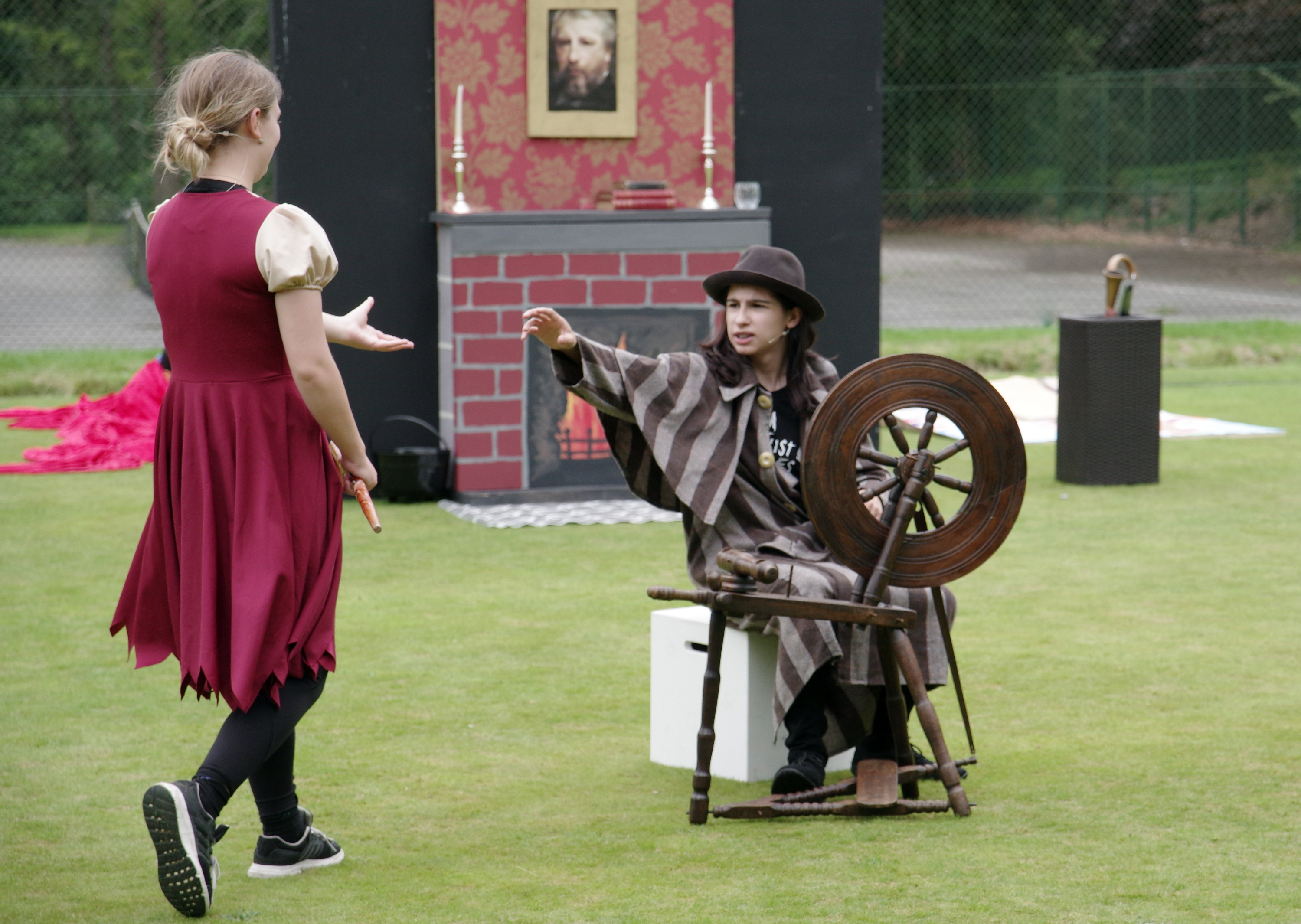 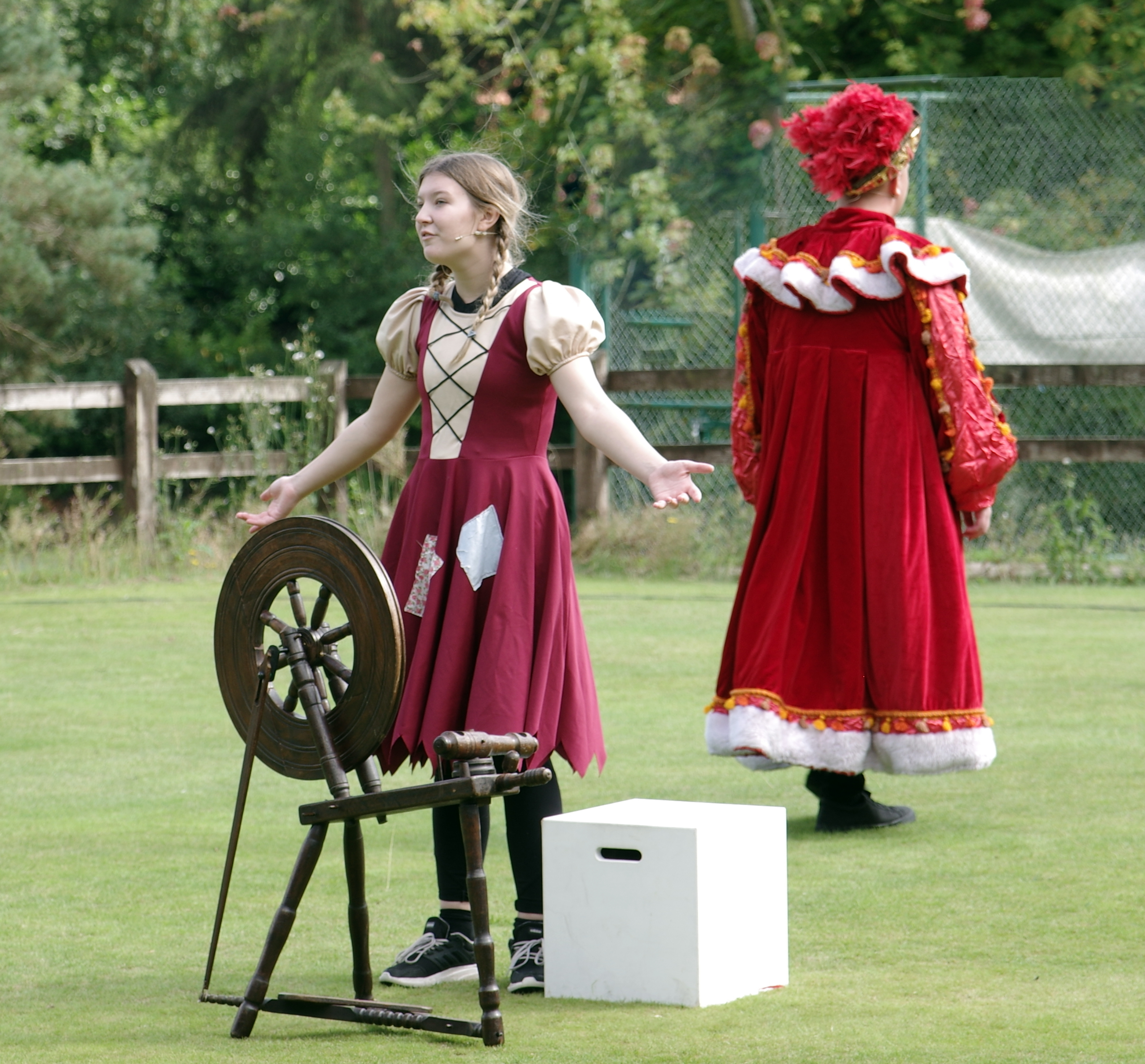 Some of the brothers Grimm's tales brought to life in an outdoor theatre production. The talented cast play multiple roles in a genuinely Grimm portrayal of Hansel and Gretel , Cinderella, Little Red Riding Hood amongst others. Think you now the real story... think again. 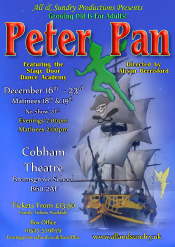 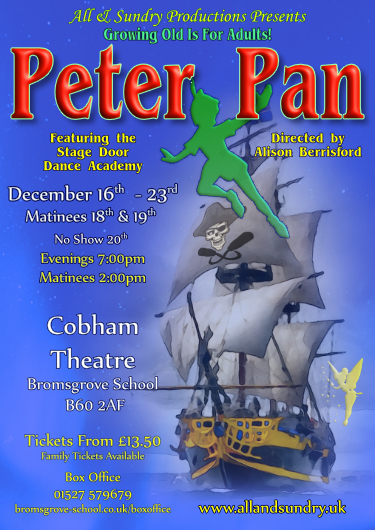 Wendy Darling and her brothers, John and Michael, are disturbed by Peter Pan and Tinkerbell, his rather jealous fairy, who are searching for Peter’s missing shadow. After Wendy sews his shadow back on, Peter invites them to join him in Neverland where they meet the rest of the Lost Boys and do battle with the evil Captain Hook, who is always on the look-out for the man eating, ticking crocodile who swallowed his left hand and is hungry for the rest of him. Joining them in Neverland, is their ex-nanny, Corona McVitie, the man hungry Dame who somehow ends up as ship’s cook for Captain Hook. Peter Pan is a fun filled, traditional family Pantomime full of wonderful characters, colourful costumes and breath taking special effects. Join the talented cast who take you on a magical journey to a land far away. Peter Pan promises to be a fantastic show and we hope many people will take the opportunity to get back out and enjoy this family favourite.